Have you been inside any of these unique gems?

Toronto is home (get it) to plenty of architectural oddities, and the East End has quite a few of these gems. Let’s take a (virtual) walk down the sidewalk to tour some of the quirkiest.

We’re starting this list off with a house you can rent at 63 Dagmar Ave! Well I should say, could’ve rented. The owner/architect loved his work so much that he pulled the rental listing off the market and decided to move his own family here!

This house stands out from the crowd both because its’ front exterior is made up of cedar shingles and because the front wall is on a slight angle. As a result, the house looks like half optical illusion and half  luxury birdhouse apartment. 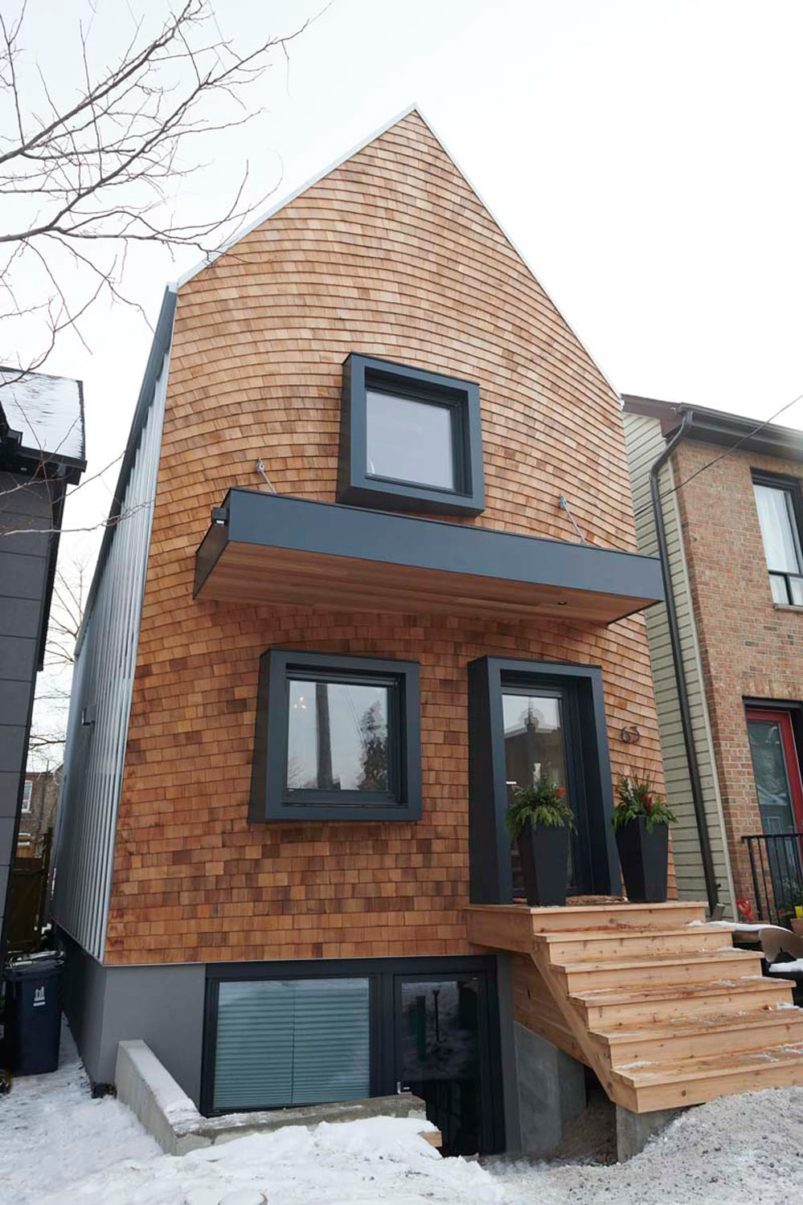 Toronto-based architect Craig Race designed this home and is now renting it to potential tenants. With 14’ ceilings, 1,400 square feet, and three bedrooms, this house would be cozy for a fledgling family.

Scaled-down versions of things are always cuter: think dollhouse furniture, hamsters, and toy cars. That’s why this house, located at 10a Busy Street, brings out all of our protective and nurturing instincts. It’s slightly hidden, so it’s like a secret clubhouse. 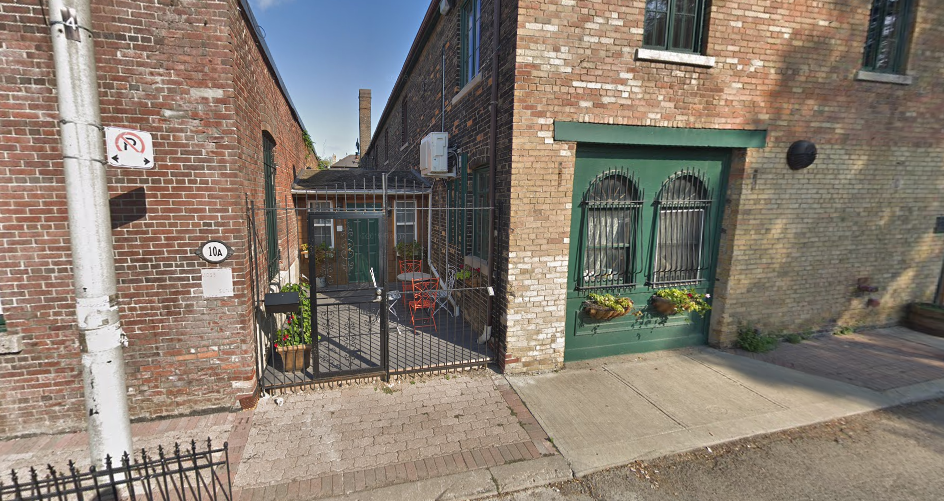 Currently the office of Moss Sund Architects, if anyone can maximize such a tiny space, it’s an architect!

35 Bertmount Ave AKA: The Doll House

The Doll House is a Toronto landmark much in the same way that Graffiti Alley is: as Pusha T says, “if you know, you know.” The house is a perfect fit for family-friendly Leslieville because its’ front garden is positively plastered with dolls, frisbees, and other toys. 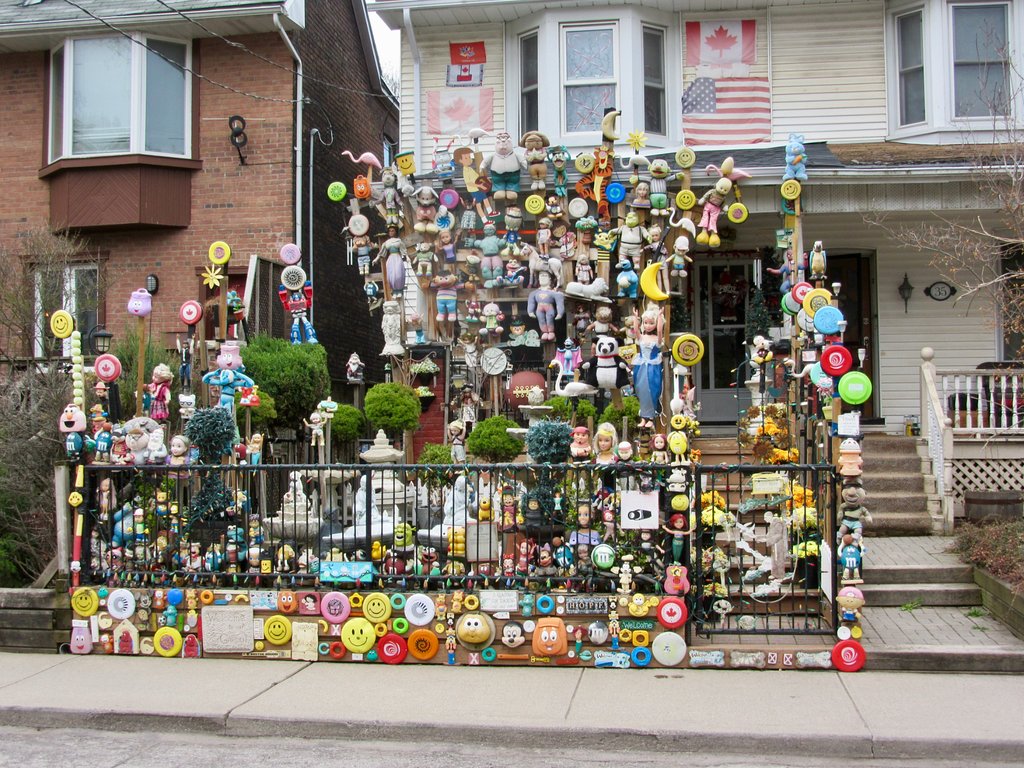 Photo by Zeusthecockapoo on TripAdvisor

After her husband passed away, owner Shirley Sumaiser began her collecting hobby. Today, her home stands out as one bursting with personality.

RIP Cube House: you were the real OG. Built in 1996, the Cube House is probably the weird house you remember driving by on the Gardiner. Unlike some of the other houses on the list, this one gives us major nostalgia for the days when the weird was new. 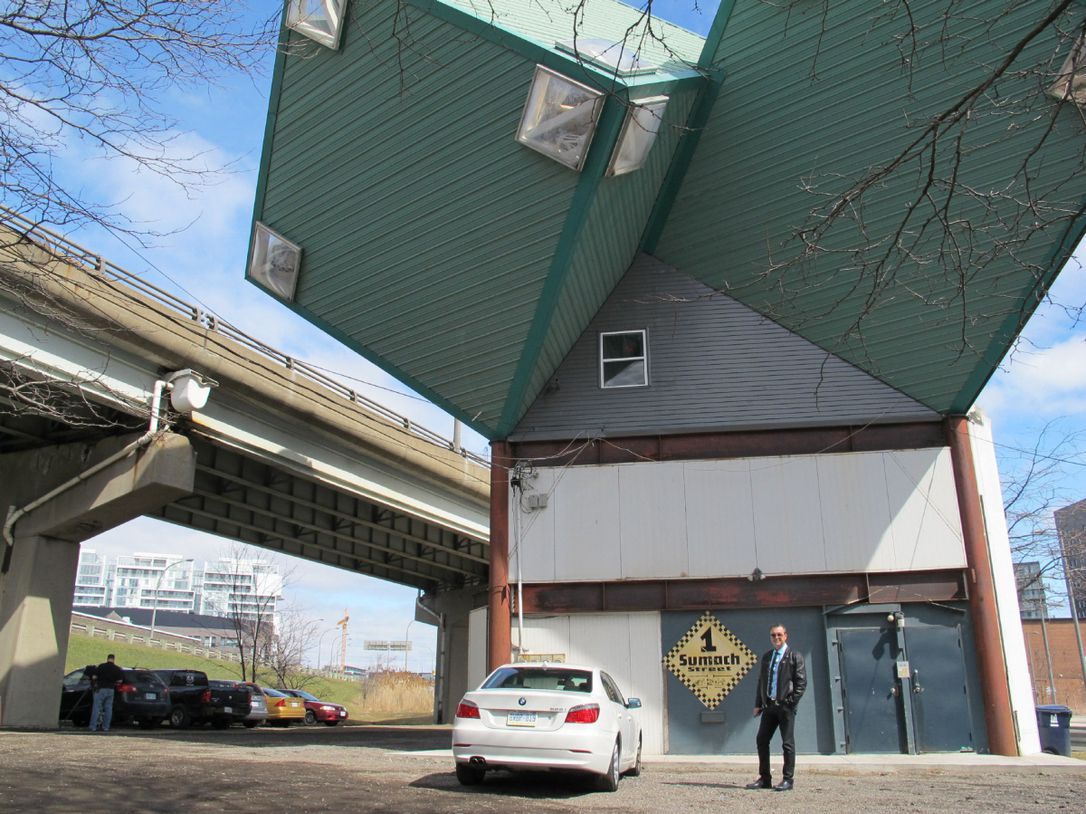 Based on architect Piet Blom’s Rotterdam cube homes, the Toronto Cube House has stood for twenty years sandwiched between the Gardiner and Eastern Ave.

Last spring, the house was purchased for $2,750,000 with the intention of redeveloping the site. The house, which is actually three self-contained apartments suspended from the ground by a large metal pole, will be moved.

Everyone wants to be remembered; and with this house, it’s impossible to forget! Known as the Lego House for its mixed, blocky colour palette, this home has since ascended to the sky in a new pale blue colour palette. It still stands out from the crowd, quite literally, because the house is on stilts and is accessed via a bridge. In a previous post, we talked about the naturalization of the Don River to withstand flooding; might we suggest building stilt homes as phase two? 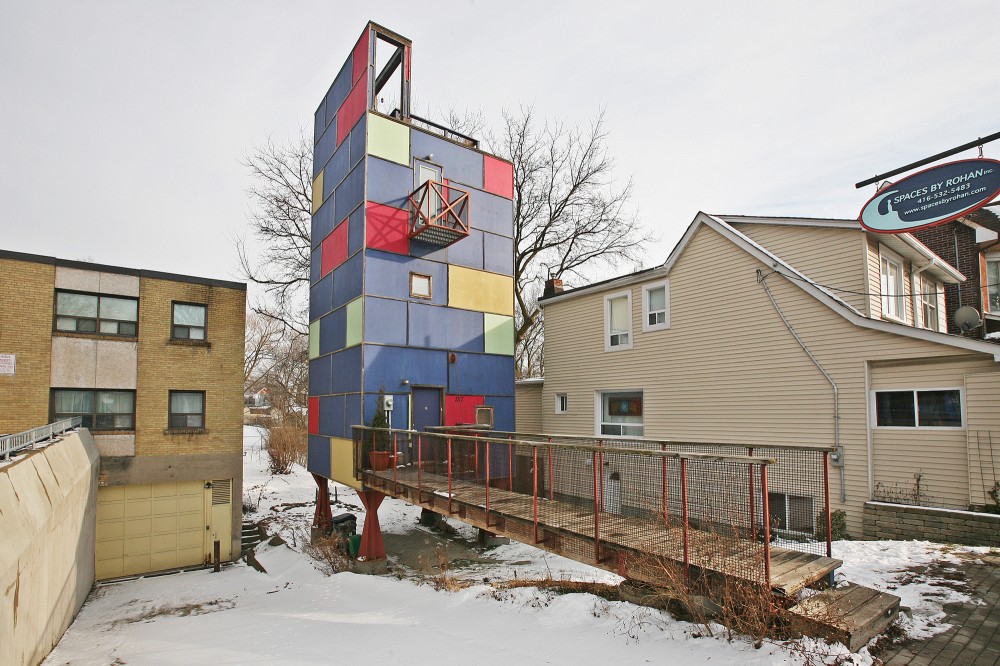 The Lego House in its’ original colour scheme. Photo by Dave Rempel.

Designed by architect Rohan Walters, the Lego House is four storeys tall, 800 square feet in size, and measures about 16’ x 16’.  Inside, the house has one bedroom and exposed staircases to make the rooms feel bigger. Plus, you can use the rooftop patio as your crow’s nest to perch and enjoy the warm Toronto summers. 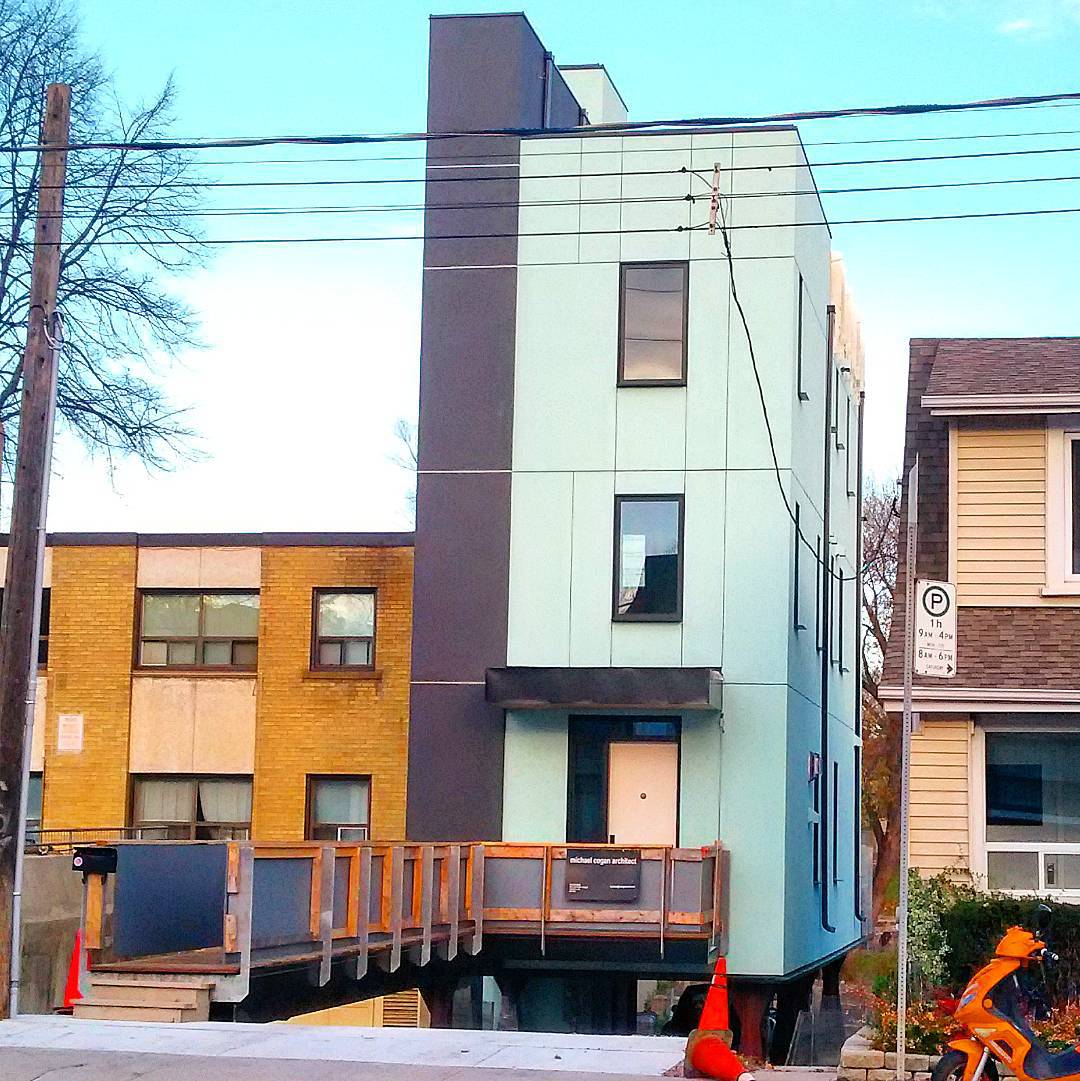 [Hotlist] 8 of Our Favourite House Listings East of the DVP in Toronto!

Week 51: Toronto Condos should reach pre-covid prices in a couple of weeks, while urban houses begin their journey to more balanced supply levels.