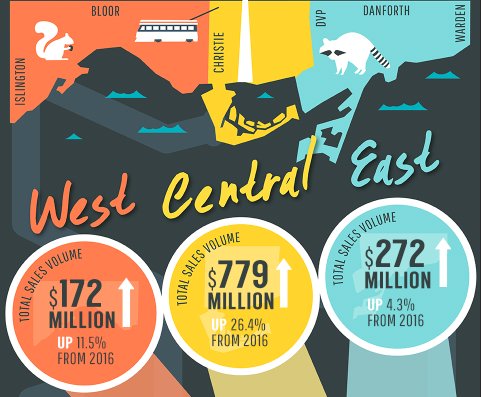 Surprise? Not really. But it’s certainly not doom and gloom in the Toronto Real estate market. Remember when you’re reading reports out there consider what data sets are being used. Are you reading nation wide numbers? GTA averages? Ontario averages? None of that really matters to Toronto’s urban real estate enthusiasts. The numbers you’re about to see are for Toronto’s urban communities south of Bloor.

I’ll preface this article by saying: Although prices are showing huge gains we’re not going to see this again in our lifetimes. Toronto has arrived in a truly fabulous way and the World has noticed. Prices skyrocketed and I believe we’re going to see a much more balanced market going forward. There will be ups and most importantly there will be downs so speculators beware.

Let’s start with looking at the number of new listings that hit the market this May. Keeping in mind that we’re only looking at data south of Bloor west to the border of Etobicoke and east to the eastern border of The Beaches (or the Beach…whatever they’re calling it these days).

That’s a massive 19% increase in listings this year when compared to last. You’ll see why this matter when looking at the next section: Total Sales.

This translates into a drop in the number of sales by 2.5% year over year.

Not a significant number but when you consider a 19% increase in new listings this year when compared to last, then factor in 2.5% less sales this year this translates into more active listings for Buyers to choose from.

There is a clear swing to a more balanced market vs. a heavy Seller’s market this time last year. 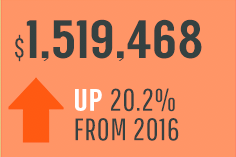 That’s a massive 20.2% increase in average detached price. But keep in mind there were some huge sales that pushed that average up for this year but there was a clear upward trend in the West end making this area one of the most expensive areas of Toronto.

We’ll likely see these numbers flatten out as we progress through 2017. 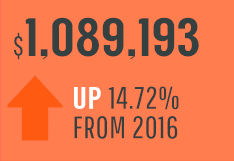 A solid 14.72% jump year over year. You can definitely expect any newly renovated semi in West Toronto (think Roncy, Little Italy, King/Queen West etc..) to fetch much more than this average but now that even the semi has surpassed the million barrier more and more folks are driven into the townhouse and condo market. 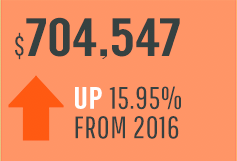 That’s a 15.95% jump which is a direct result of folks that have been prided out of the freehold market. Still quite affordable in the grand scheme of things.

Keep in mind this number doesn’t include pre-construction numbers which are trending much much higher. 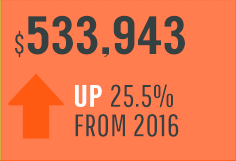 That’s a 25.5% increase year over year. Again, not surprising considering the savage spike in 2 bedroom condo prices as folks get priced out of townhouses and freehold homes. Condos are the only product type that are still seeing a ton of competition (especially if they offer larger terrace spaces) 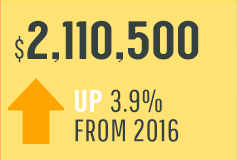 That’s a minor 3.9% increase year over year and honestly…it’s a detached house in the core. Fast forward 20 years and you’ll be wondering why you walked away from that deal for a few thousand dollars. 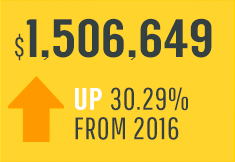 That’s a HUGE 30.29% increase. Look, we’re not going to see gains like this again in our lifetime. We’re talking a freehold home in downtown Toronto here for well under $2mm. Compare that to any other major city in the World and you’ll find that we’re quite the bargain.

Sorry Buyers, there aren’t any crazy deals out there today….just a more comfortable Buying experience, that’s all. 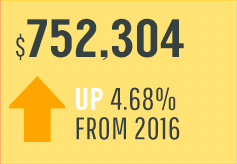 That’s a modest 4.68% increase year over year which gives me further proof of folks looking at urban communities outside of the core as we’ve seen the greatest increase in townhouse values there.

This is still a great option for folks who can’t quite wrap their heads around condo apartment living and have a budget of up to $1mm to support a townhouse purchase. 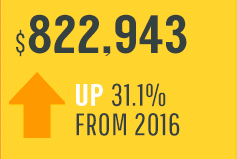 Another unsurprising figure as more and more immigrants used to smaller spaces (and love the idea of maintenance free living) choose urban apartments as their homes and investments. In case you’re wondering, that’s a 31.1% increase year over year. Keep in mind that there were a couple of sales this year that inflated the average so there are definitely great apartments available for much less that this.

A good way to figure out what you can afford in a condo is using a price per square foot calculation. Most places in demand locations are selling for around $760-900/Per Square Foot (PSF). 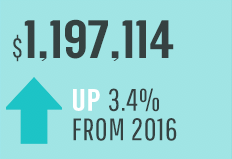 A small 3.4% increase still making East Toronto (Leslieville, Riverside etc..) one of the more affordable urban communities in Toronto. Keep in mind that this average is pulled down a little with detached homes along the Eastern portion of Danforth selling for less.

If you’re looking in prime Leslieville/Riverside/Beach areas get ready to shell out closer to $1.5 for the newly renovated detached home. 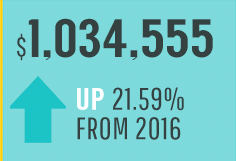 That’s a big jump 21.59% year over over year. This average is actually a pretty good representation of what it’ll cost you for any (not overly sexy) semi detached house east of the DVP. Some of the funkier renovations or unique homes would sell for much more but if you’re in the market for a nice family home, then a budget up to $1.1 should be able to do that for you. 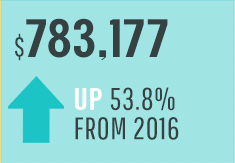 That’s a massive 53.8% jump BUT please keep in mind the 2016 figure is drastically affected by a couple of seriously low value sales.

This in no way suggests your townhome is worth nearly 54% year over year but there has been a giant spike in demand for East End communities over the core and the West. 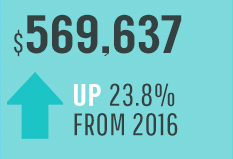 A 23.8% increase year over year. The East End has been trending up for so many years. It all started with folks being priced out of West and and Central homes but now you’ll find East End values at or above some West End communities.

Again, if you’re wondering what this means to you, a good way to gauge price is to use a price per square foot of $800-900 for most buildings East of the DVP.

Now that we have the numbers out of the way it’s very important to understand two things:

You can read more about how this affects Sellers and Buyers and some real time “boots on the ground” stories in my previous post.