East Side resident and restaurant mogul, Ted Koutsogiannopoulos (formerly of Joy Bistro) is secretly involved in pretty much every single restaurant in Toronto. Perhaps an exaggeration but it seems like I’m discovering he’s behind a new restaurant almost weekly! After knowing the man for over two years I’ve just found out that he’s also behind the great, Loaded Pierogi. Personally, I don’t know why pierogi’s haven’t blown up. They’re delicious! 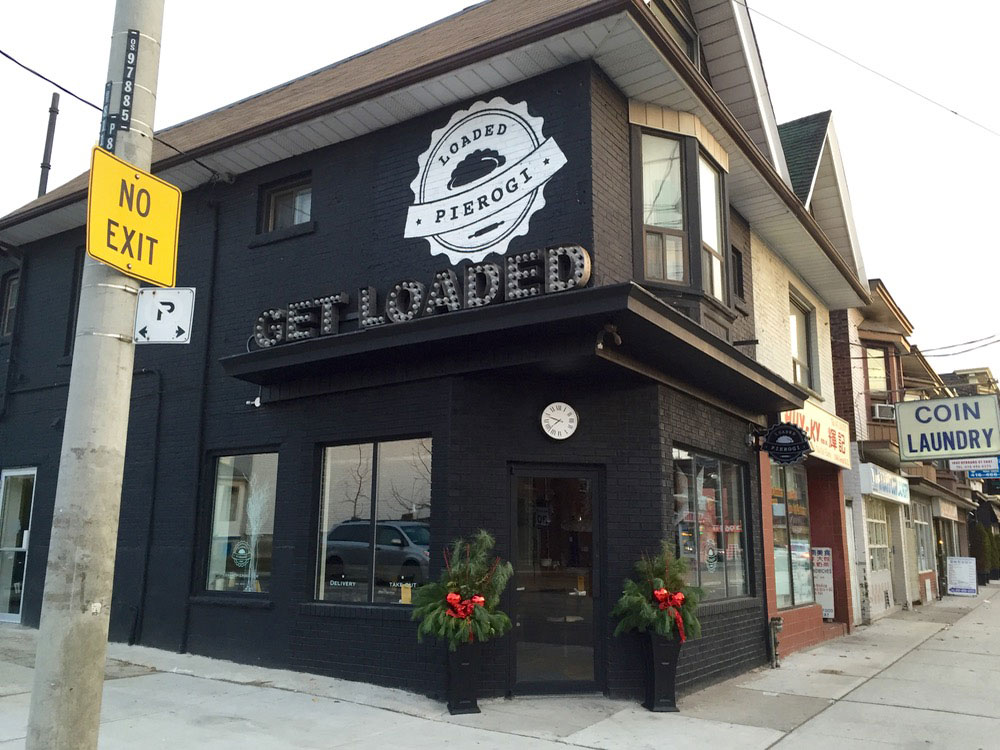 If Ted’s doing something, you should pay attention. He’s a Queen Street restaurant pioneer in Leslieville and has now gone all-in on Gerrard Street. Specifically at Gerrard and Jones where he has followed Starbucks’ lead and opened McGugans Pub, Great Burger Kitchen, Aprile Bambina Cucina and now, Loaded Pierogi’s second location all on the same block.

Leslieville’s Loaded Pierogi is going to mirror the Church Street location’s menu and likely the same pricing. Opening in MAY if all goes to plan.

While speaking to Ted this afternoon he mentioned:

I’m really excited  for the continuing changes on Gerrard St

And when asked: What motivated a Greek man to open a Pierogi restaurant” He simply replied with a smile. A smile that clearly shows he’s on to something and he knows it’s going to be a HUGE success on what’s turning out to be a hot little strip of Gerrard Street East.

Happy eating, everyone! Oh, and if you hire us to sell your home we’ll give you pierogi for life. I’m serious. Call us.

Week 38: Toronto Condos move in positive direction to close out 2020 while houses continue to perform well

[𝗩𝗶𝗱𝗲𝗼 𝗕𝗲𝗹𝗼𝘄] Week 38!!  𝗨𝗿𝗯𝗮𝗻 Is this the condo comeback we’ve been waiting for or a bump before another drop? That is the question. Forget…

Week 37: Toronto Condos showing some signs of life while urban houses continue to fly at all price points