The Year of the Condo Begins

(scroll to the bottom for the infographic)

Public Service Announcement: Not all Toronto communities are the same. The numbers nationally don’t matter. GTA averages don’t matter. Heck the entire 416 stats don’t even matter. Well, they matter high level but to you, the homeowner in your condo in Leslieville or your detached in Roncy our numbers matter the most. We only use data from Toronto’s Urban Communities South of Bloor, West of Etobicoke and West of Scarborough. Ready?

There was an increase in New and Active Listings (new listings that carry over into next month) along with an unsurprising increase in average DOM (days on market) for detached homes across the city from West to East. The West managed to fend off the increased supply with a 15.57% gain ($1,895,000) in detached home value. Central Toronto slipped by nearly 18% ($1,581,333) and the strong, stable East End enjoyed a modest gain of 6.4% to $1,313,061.

Central Toronto experienced a giant 66.8% jump ($1,869,783) but that’s mainly due to a couple big ticket sales. We should see that normalize next month. Semi’s in West Toronto were flatlined at $980,179 but the East edged up 5.8% to settle at $939,821 for the average semi. A more realistic budget for something that’s newly renovated is over a million most of the time. Semi’s East of the DVP are spending much less time on the market at only 11.5 days and that’s compared to 14 days last year. West and Central Semi’s are both spending more than 50% longer on the market. Again, taking longer to sell but are fetching prices higher than last year over all.

Townhouses in Torontos West End communities jumped 24.9% to $688,250 (we’ll see this figure hit the $800 mark sooner than later). The East End followed suit with an 18% jump to $681,266 but the odd duck here is Central Toronto realized an 18.2% decrease in Townhouses prices to $588,611. Does this mean your downtown Toronto townhouse is now worth 18% less? No. Towns in Central and East Toronto are flying off the market 44 and 25% faster than last year respectively while West End towns are spending a whopping 219% longer to sell. We suspect that’s due to a few stubborn properties sitting for a while. Towns are still the 2nd hottest commodity out there right now. Solid option for end users and investors alike.

Condo prices were generally flat year over year in the West End communities ($532,837) only because there isn’t a ton of apartment inventory out there. Central and East End Condos continue to rock the house with 18.56% ($836,962) and 13.89% ($711,647) gains respectively. If you have a condo and you need to sell it, read my lips: Now. Is. The. Time. A one bedroom in the Canary District had 25 offers on it two weeks ago, another one with 22 offers as I type this. Condos in all price points are in massive demand from locals and from all over the World. As I’ve said many times before: This is the year of the condo!

In summary – Every single property type is selling for top dollar today when compared to last year. Detached homes are taking longer to sell across the board but still fetching recored prices. The trick here is pricing a listing correctly to be able to extract the big dollars. Semis, Towns and especially condos are all selling very fast (faster than last year in most cases) and for big dollars. Folks wanting to “time the market” and wait for that big crash have to wait a little longer (or go to Vaughan or Markham or something)

Thank you so much for your attention and of course any questions? Email ara@property.ca or Call/Text 416-434-1511 anytime 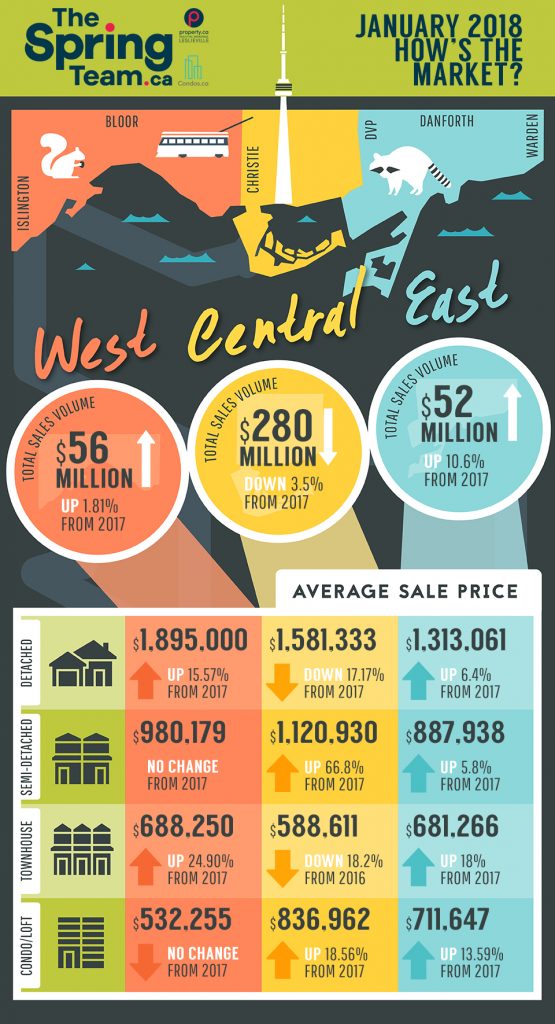